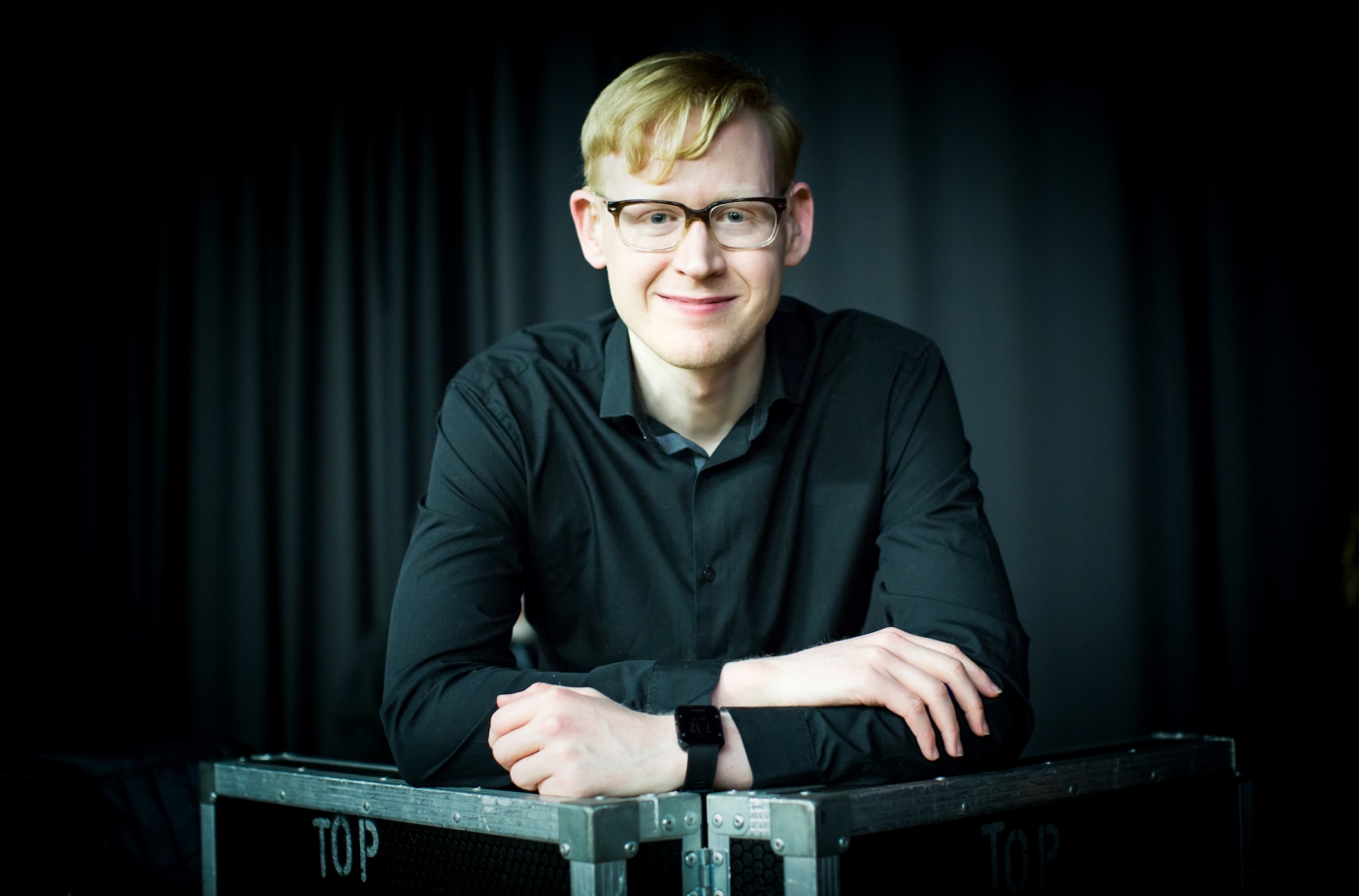 Lloyd Coleman is the newly appointed associate music director for the world’s largest ensemble of disabled musicians, The British Paraorchestra. This was founded in 2011 by Charles Hazelwood, who is also its artistic director and conductor. Lloyd, alongside Charlotte Harding, has recently composed a compelling musical experiment, Kraftwerk:Re-werk, for both this ensemble and the Army of Generals ensemble. In this piece, he also features as a clarinettist. As part of her Anthropology PhD at UCL, Annamaria Dall’Anese is currently carrying out an ethnography of visually impaired people in London. Drawing on their respective experiences, Lloyd and Annamaria discuss dependency, disability, and music-making.

AD: As you know, I am doing an ethnography of visually impaired people in London. During my fieldwork, I’ve come to realise that in London, and perhaps in Britain more generally, ‘independence’ is a buzzword. It seems to be the main objective, both for visually impaired people themselves and for charitable organizations working with them. It is quite ironic, if you think about it: you are holding a cup of coffee, which other people made for you. Without your dependency on these other people, you would be coffee-less! This is what Durkheim called ‘organic solidarity’ (1984[1893]). Nothing to do with organic coffee, by the way. It just means that in a complex society like ours, we are all dependent on one another. So I think it is interesting to take a step back from the value of independence, even though I embrace it myself, and perhaps question it. A devil’s advocate question that I like to ask is: what on earth is wrong with being dependent on other people?! This reminds me of Charles Hazelwood talking about the importance of trust in an orchestra: he said in an orchestra you all depend on one another. And, in the Paraorchestra, I can imagine how dependent the conductor is on visually impaired musicians to play their part well, to come in at the right time, given that they cannot see the conductor. I was wondering whether you could contribute something to the discussion on dependence and independence drawing on your experience of working with an orchestra.

LC: Independence is really interesting because, when you play in an ensemble, a lot of it is about when to react and when not to react. It’s the case on Kraftwerk:Re-werk as well: there are moments when you absolutely have to lock into that groove. You might hear a rhythm in one part of the orchestra, and you have to trust that they are gonna stay the same and that you are gonna lock into that rhythm, and that all will be well. You don’t want the other person to start going faster or slower. So there’s trust and listening going on. But if you over-listen sometimes, you forget to fulfil your own obligation to create the overall effect. If you were over-listening to the person doing the opposite kind of rhythm, then you would be immediately off track, because you’d be letting the other person infect your rhythm. You don’t wanna play the same rhythm as them, but you wanna play your own part, playing your own part accurately is very important. You have to trust that other people are playing their part accurately as well. And then the overall effect of that at the front will be all very good.

There’s another thing I was quite interested in, regarding the idea of independence you were talking about. There’ve been a couple of times when visually impaired musicians asked for assistance on the rail network. The assistance was there in London, but when they got to their destination there was no one there to meet them. That was the most galling thing of all, beyond maddening, and I speak as someone who can get by without assistance. Unlike people who can move around freely, they don’t just have the option to walk down the platform and walk down the stairs. They are in the middle of a train station. They don’t know what hazards are around, or how close to the end of the platform they are. They’ve got their cane, of course, but it’s an incredibly alarming, upsetting and sometimes distressing situation to find yourself in. The last time this happened, the person concerned managed to eventually find a guard who sort of came up with some excuse as for why the assistance wasn’t there. In terms of independence, that can be: one person has not played the role in the chain, and the whole thing falls down.

LC: Exactly: if you have agreed to do a rehearsal and you don’t turn up, then it is obviously a crime.

AD: If you are in an orchestra and you don’t play your line well, I suppose there is a conductor to correct you. If we compare the two situations, we can say that there was no conductor at the train station to hold that assistant to account.

LC: The conductor analogy is interesting because, again, we could flip it the other way round. Charles or any other conductor is also a human being, and all human beings are susceptible to failure. The worst conductors and the ones that I despise the most are the ones that somehow think that they are not the same as the rest of us, that they do have some kind of divine knowledge. So they walk into a room, expand their chest a little bit, stick their elbows out and go ‘I’m in the room, everyone, this is the way we should do it, I should lead you, there is no way I can make a mistake, there is no way I can learn anything from you’. Charles is the most brilliant example of someone who will absolutely listen back, and give back, and receive back.

AD: I was listening to a BBC podcast about politics. They drew a comparison between human politics and hierarchies among chimpanzees. The widespread, though not entirely correct, idea people have of alpha male chimpanzees (strong, bossy) reminds me very much of the egotistical conductors you describe… 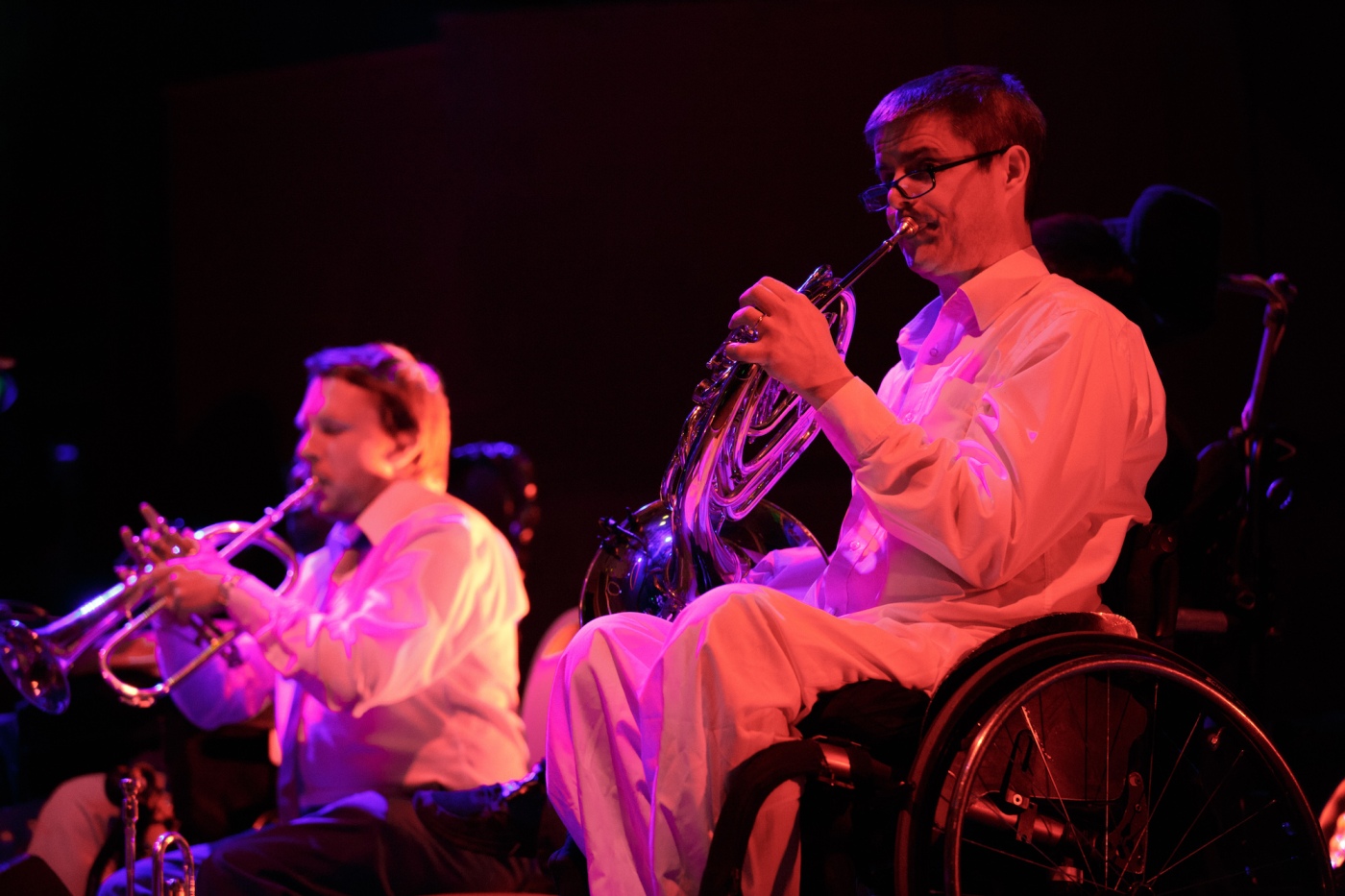 LC: Ahahah! Yes! Classical alpha males. It is the alpha male thing, men rule the world. It must be part of why it has taken so bloody long for the female conductors to come more to the fore. There are so many things in classical music that lag behind any other thing. Just go to any orchestral concert in the country and see how many black and minority ethnic musicians there are in the orchestra: barely any! Women are much better represented now, but it has taken fifty years. Crazy! That’s why I am always talking more about fundamentally rethinking what an orchestra just can be. The Paraorchestra and the Army of Generals, because of how they have to adapt to different musicians from different backgrounds, create a new opportunity to reset the mainstream. And almost convince traditional orchestras that there is an opportunity for them here if they are able to change the whole sense of their world. We want to be very hopeful about it.

See Lloyd talk about the composition in greater detail, below.